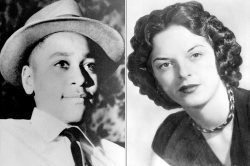 Los Angeles Urban Policy Roundtable President Earl Ofari Hutchinson and Project Islamic Hope President Najee Ali and other civil rights leaders on Saturday, January 28 called on Mississippi Attorney General Jim Hood to file perjury charges against Carolyn Bryant in the 1955 murder of Emmett Till. Ms. Bryant has now publicly admitted that she lied in claiming Till made improper sexual advances toward her. As a result of her claim, Till was brutally murdered and his murderers were acquitted in a farce of a trial. The case shocked the nation and focused national attention on the issue of racial violence and the gross racial inequities in the criminal justice system.

There is no statute of limitations on murder and perjury related to a murder case, a capital case, is still a prosecutable offense. The age of a defendant who perjured their testimony should not be a factor in whether charges should be brought. The only consideration should be equal justice under the law.

“The Till murder for more than a half century has been the one murder case that symbolized the gross racial inequities in the criminal justice system and the continuing failure of Southern prosecutors to prosecute the many heinous racial murders and violence of the past,” says Hutchinson, “The admission by Bryant that she lied and her lie lead directly to the horrific murder of Till presents Mississippi prosecutors with an opportunity to close the book on a heinous crime and restore public confidence in a criminal justice that has so grossly and shamelessly failed African-Americans past and present.”