Another Cop Trial, But Will There Be a Conviction this Time? 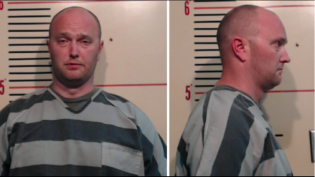 These are the known facts in the slaying of fifteen-year old Jordan Edwards by former Balch Springs, Texas police officer, Roy Oliver. He had no criminal record. He was unarmed. He posed no threat to the officer. The facts were straightforward enough that Dallas County District Attorney, Faith Johnson, wasted no time in filing murder charges against Oliver. But, as always, in the rare times that a DA charges a cop in the killing of an unarmed civilian, a charge is just the start of what has often been a long train of frustration, muddle, and, more often than not, bitter disappointment in the prosecution of cops who wantonly kill civilians.

The two starting points are the defense attorneys hired to defend the officers charged. Police unions quickly step in and retain top gun defense attorneys with lots of experience defending police officers accused of misconduct. Police unions bankroll their defense and spare no expense. Cops rarely serve any pre-trial jail time, and are released on ridiculously low bail. That was the case with Oliver. He posted bail and was almost immediately released.

Their attorneys then play for time, time, time. They know that it’s on their side. To buy time, they employ an endless storehouse of legal tact’s, ploys, and dodges to delay the start of a trial.

The time factor is crucial because memories dim, passions cool, and anger dissipates in police killings. Put simply, other than the victim’s families, the public moves on. The slayings of Alton Sterling, Philando Castile, and Terence Crutcher are near textbook examples of how cases are dragged out. The men were slain months ago. The officers involved in the Castile and Crutcher slayings were charged. In the Sterling slaying, there have been no state charges yet. The Justice Department declined to prosecute. These cases virtually disappeared from the public radar scope, with the passage of time.  But defense attorneys do more than toss out motion after motion to get the charges against the officers dismissed, get a change of venue, or get a bench trial. They also massage and craft the public image of the officers as dedicated, hard-working public servants unjustly victimized by vindictive prosecutors. Johnson had barely filed the murder charge against Oliver when it started. He was an Iraq veteran. He served honorably. He suffered from PTSD. Conveniently omitted from the sympathy narrative was the obvious question, if he had a known disorder that could impair judgement why was he on the police force in the first place.?

This is just one part of the public and media charm campaign. The other is to dredge up any arrest or criminal record they can find on the victim, smear him in the media, and bank that it taps hard into the old, and reliable crime and violent prone stereotype and negative typecast of young black males. The message is loud and clear. The victims aren’t altar boys, but bad guys who must bear culpability for their deaths.

The negative perceptions of blacks, especially black males, by much of the public are not the only problem in effecting effective legal measures against police violence. There is no ironclad standard of what is or isn’t an acceptable use of force in police misconduct cases. It often comes down to a judgment call by the officer. In the Rodney King beating case in 1992 in which four LAPD officers stood trial, defense attorneys painted King as the aggressor and claimed that the level of force used against him was justified.

This pattern has been evident in many celebrated cases since then. It’s made even easier to sell the notion that somehow the victims bare culpability for their deaths by dragging in their past. Police then claim that they feared for their lives in confronting them and they use deadly force solely in self-defense. If brought to trial, judges and juries routinely buy this line and acquit.

If the cops are tried by a jury, police defense attorneys seek to get as many middle-class people, whites, and even blacks and Latinos, on the jury as possible. The presumption is that they are much more likely to believe the testimony of police and prosecution witnesses than black witnesses, defendants, or even the victims.

The code of silence is another powerful obstacle to convicting bad cops. Officers hide behind it and refuse to testify against other officers, or tailor their testimony to put the officer’s action in the best possible light.

Then there are the judges. Studies on judicial bias, both overt and implicit, have found the bench anything but impartial. Judges make decisions on bail, pretrial motions, evidentiary issues, witness credibility, and jury selection, and instructions to the jury.

In the case of police officers who appear in court, they face judges who in many cases they have faced often as police officers testifying in criminal cases, they are known quantities. They also have a phalanx of family members and police supporters standing solidly with them in court. They are anything but the average run of the mill common criminal, and judges are well aware of that.

Johnson will have a tough, uphill fight on her hands to convict Oliver, no matter how seemingly compelling the evidence. And that’s exactly why cops repeatedly walk free. Will Oliver be any different?