All Female Jury Could be a Plus for Zimmerman 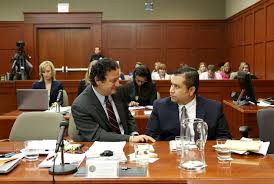 Author and Nationally Syndicated Columnist Earl Ofari Hutchinson whose new book,  America on Trial: The Slaying of Trayvon Martin  http://www.amazon.com/America-Slaying-Trayvon-Hutchinson-ebook/dp/B00D5IGLIY  examines the issues of race and the criminal justice system in the Martin case. Hutchinson notes that based on informal studies and the experiences of defense attorneys in major criminal cases an all-female jury could be a plus for George Zimmerman.

Hutchinson presents this summary of those findings regarding all-female juries:

* Women are more compassionate than men in most criminal cases, but they can be ruthless when it comes to sex crimes.

* Men tend to be harder on defendants.

* Women are sympathetic to mistreatment. As one seasoned criminal defense attorney noted, "Like black people, they are sensitive to injustice because they have had a lot of it put on them."

Hutchinson adds that majority female juries came under much scrutiny and criticism for the acquittal verdict of O.J. Simpson. The criticism was not just that their decision to acquit Simpson allegedly was a race biased decision but also that female jurors were supposedly more sympathetic to the defense.

This may or may not be the case with Zimmerman, Hutchinson assures, but in an emotional trial with much Zimmerman's defense attorneys relentlessly trying to paint Zimmerman as a victim of Trayvon Martin, the jury could be problematic for the prosecution.