More GOP Mythmaking on the Border 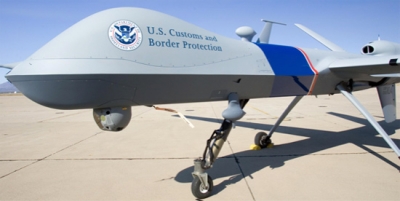 GOP House Speaker John Boehner recently called border security “laughable.” Boehner was not being funny. That sentiment could have a major blowback effect in the House on the deal that the four GOP Senators crafted to take the issue of border security off the contentious table and move the immigration bill to final passage. The GOP has relentlessly latched onto the issue of the U.S.’s supposedly leaky borders for more than a decade to torpedo a deal on immigration reform. This time is no different. The instant that it became apparent that there was real political steam behind finally putting a comprehensive immigration reform bill on the White House desk to become law, GOP leaders dug into their  bag of tricks and dusted off the old border insecurity ploy to stall, water down, or even eventually kill an immigration reform bill.

But with the shellacking that the GOP presidential Mitt Romney took from Hispanic voters in the 2012 presidential election, and the grim prospect that the GOP could be mortally wounded even more in 2014 and 2016 by Hispanic voters the party, could not simply dig its heels in in the old way on immigration reform. Dredging up border security as the prime bargaining chip seems safe enough. It gives the appearance that the GOP really wants immigration reform this time. But, it insists, that making a fighting issue of safe and secure borders is simply in the public and national interest. GOP Senator Marco Rubio, the party’s point man on immigration reform, said bluntly “the only way we're going to pass an immigration reform law out of the House and Senate so the president can sign it is, that it has real border security measures within it."

This is simply more GOP mythmaking at its worst. The U.S. spends nearly $20 billion annually on border security measures and that figure will be ramped up even higher in 2014. That’s more spent on border security than ever and far more than the federal government spends on all other federal law enforcement agencies combined. The massive spending has paid off. Nearly every inch of the border is patrolled round the clock by waves of more than 20,000 border patrol agents and at least six unmanned aircraft. Both outgoing FBI Director Robert Mueller, Attorney General Eric Holder, and Homeland Security officials have publicly admitted that unarmed Drones are used to patrol the Mexican and Canadian borders, along with the Caribbean Sea, and for law enforcement surveillance operations.

The result has been that illegal border crossings have plunged, and the drop has not been a one shot deal. The plunge has been steady for the past few years. The drop combined with the surge in deportations which are at an all-time high add up to an historic low in net illegal immigration into the country. The unstated downside is that with the hyper aggressiveness of border patrol and the immigration crackdown there has been a sharp rise in deaths since 2010 from the desperate efforts of undocumented immigrants to skirt the patrols, and the use of lethal force by patrol agents under dubious circumstances.

The irony is that there was a brief moment a decade ago that the GOP seemed to get it right on immigration reform. Then President George W. Bush was widely and unfairly blamed at the time for making a mess of the immigration reform fight in Congress by not pushing hard enough for passage of the immigration bill debated in 2007. Immigrant rights groups lambasted Republican senators for dumping crippling demands for tight amnesty, citizenship and, of course, the border security provisions on the bill. Leading Republican presidential contenders that year didn’t help matters by flatly opposing the bill as much too soft on amnesty and border enforcement.

This did much to kill whatever flickering hope there was for the bill’s passage. This undid the inroads that Bush made in the 2000 and 2004 presidential elections when he scored gains with Latino voters. A big part of that was due to the perception (and reality) that Bush would push hard for immigration reform. Immigration then was not just about fixing America’s alleged broken borders but a crass, naked political grab for Latino votes. Even so, the party still couldn’t shake its ingrained, nativist xenophobia on what American citizenship should be about. That didn’t include any relent on its opposition to a pathway to citizenship for the undocumented. Two crushing presidential defeats, and the unrelenting hostility of Latino voters, has only slightly changed the party’s thinking on immigration reform as can be seen from its pile on of amendment after amendment to the current bill with the centerpiece being border security as the non-negotiable condition for the bill’s passage.

Arizona Senator John McCain in a candid moment without saying as much admitted that the GOP’s canard of hopelessly porous borders was a sham. He not only said that the borders were more secure but also gave figures on the colossal number of illegal immigrant apprehensions during the past near decade to give lie to the insecure border myth.