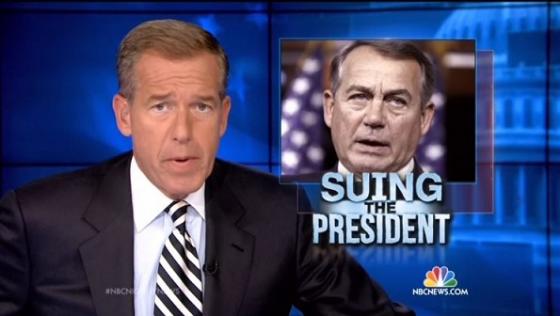 President Obama did two crucial things in signing his latest executive order. The first was that it requires prospective federal contractors to disclose labor law violations and give federal agencies more guidance on how to consider labor violations when awarding federal contracts. This is a measure that’s long past due given both the rampant nepotism, cronyism, game-playing and outright racial and gender discrimination by an untold number of businesses that grab federal contracts. The other even more crucial thing Obama did in signing his latest executive order is that he sent the strong message that he won’t be bullied by the GOP’s bogus lawsuits, threats, and saber rattle about impeachment.

On this, Obama has the strong hand. Every poll has shown that the overwhelming majority of Americans are dead set against any impeachment move. They see it for exactly what it is, a phony, costly, time-wasting, and yet another of the endless politically partisan and cynical tactics by the GOP to hector and embarrass Obama. The ploy has been such a dud that Obama and the Democrats have turned the tables and raised millions more dollars for the campaigns of Senate Democratic candidates and incumbents, shifted the momentum in the mid-term elections back to the Democrats, and lambasted the GOP controlled House as a sorry lot of impotent, ineffectual, bankrupt, and hopelessly obstructionist politicos.

The GOP’s latest silliness starts with House Speaker John Boehner’s beyond frivolous lawsuit that accuses Obama of playing the dictator by supposedly subverting the Constitution and Congress with his rash of executive orders. It got even wackier with the GOP House’s open threat to impeach. The slender thread that this all hangs on is Obama’s welding the executive pen.
The truth is that he’s near the bottom on the list of presidents in the number of executive orders issued. The last president that issued orders at a lower rate than Obama was Grover Cleveland. GOP Presidents Reagan and George W. Bush issued far more executive orders per day in office than Obama. It’s not really the number or rate of executive orders, however, that Obama has issued that has raised the hackles of the GOP. It’s the executive orders that he has issued that have given the GOP ammunition to attempt to intimidate and politically bash Obama.

The GOP saw an opening to raise the canard of Obama as the alleged Constitutional and congressional usurper when he signed a series of orders on gun control nearly a year ago. Obama took the action precisely because he knew that gun control legislation was a virtual dead letter in Congress at the time and that there was almost no chance that things would change given the iron grip that the NRA has on Congress. Obama would have had to spend precious time, energy, and resources jawboning anti-gun control congressional Democrats, wage an all-out battle with the gun lobby, and the NRA, and risk losing the political momentum that he needed to do battle with GOP congressional obstructionists in the battles over the debt ceiling, spending cuts, and deficit reduction.

The executive orders on gun checks were, as executive orders go, a last resort and piecemeal attempt to at least get something on the books on guns. Obama was under no illusion that the executive orders on guns could in any way take the place of comprehensive gun control legislation. Only Congress can pass a gun control law that would have the full force of law behind it. His latest executive order on federal contractors is another example of an order that is reasonable, practical and legal. It does not compel contractors to hire or fire anyone, interfere with their business operations, let alone deny businesses contractors or access to contracts. It simply reaffirms that businesses that do or want to do business with the government must know and follow the law as Congress, not the White House, wrote it on government contracting.

Obama, like other presidents, knows that the whimsical or cavalier use of executive orders to bypass Congress or to legislate from the Oval Office not only will trigger a powerful public backlash, and reinforce the opposition’s usual charge of dictatorial abuse, but can and often have been overturned by Congress, which has the power to change (in this case scrap) an executive order. The courts also have the same power. And there have been times when the courts have declared an executive order unconstitutional or simply vacated the orders.

Obama’s vow to wield the executive pen whenever and wherever he thinks he must amounts to a frontal challenge to the GOP to cease its relentless, dogged, and destructive campaign of dither, delay, denial, and obstructionism to anything that has the White House stamp on it. He said as much in stump speeches to groups recently. If the polls are any indication, much of the public has gotten that message. But that that won’t stop the GOP from eagerly spinning its politically self-serving line of Obama the dictator. He’s anything but that and his continuing  weld of the executive pen tosses that silly line back in their faces.

Earl Ofari Hutchinson is an author and political analyst. He is a frequent MSNBC contributor. He is an associate editor of New America Media. He is a weekly co-host of the Al Sharpton Show on American Urban Radio Network. He is the host of the weekly Hutchinson Report on KTYM 1460 AM Radio Los Angeles and KPFK-Radio and the Pacifica Network. Follow Earl Ofari Hutchinson on Twitter: http://twitter.com/earlhutchinson 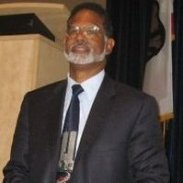 The separation of powers and the three-levels of governance of USA are not threatened.  The checks and balances DO WORK.  A certain element of the legislative body has been hell-bent on sabotaging the current administration -- from the beginning!  There must have been some thought that the legis branch could stop the executive branch from acting in the best interest of public policy and the American people. OH, the guy is surrounded by folks who can read and interpret the Constitution; and, executive order is an option in full compliance with this country's structure of governance.  SOOOOO, now legis folks are upset and want to call "foul" because the executive branch is utilizing a tool to offset the legis body's shenanigans.  While it is possible to abuse the executive pen/order, it's my understanding this president has actually utilized this privilege less than any other president in recent times.