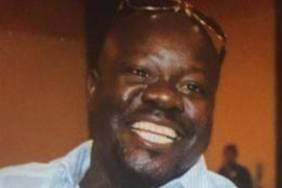 Los Angeles Urban Policy Roundtable President Earl Ofari Hutchinson and other civil rights leaders on Thursday, September 29 called for a fast track federal probe into the slaying of Alfred Olango by El Cajon police officers. Olango was unarmed and had severe mental and physical challenges and was in need of help. Yet officers shot him. The leaders urged U.S. Attorney Laura E. Duffy to conduct a fast track probe in the killing to determine whether officers used excessive force, violated department policies and procedures on the use of excessive force and determine if civil rights charges should be filed against the officers.

“The slaying of  Olango was brutal and disturbing and again tossed an ugly glare on police officers overuse of excessive force against unarmed suspects,” says Hutchinson, “This demands an aggressive and speedy investigation by the Justice Department into the officer’s use of force and if warranted the filing of federal civil rights charges against the officers involved in the shooting.The probe will send a strong message that police officers are not above the law, and when they exceed their authority they will be punished.”