VICTORY IN TULSA! And New Proposal To Be Unveiled on Curbing Police Abuse 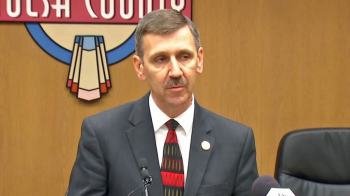 I want to thank the Dozens of Concerned Citizens who Signed the Los Angeles Urban Policy Roundtable Petition Demanding that Tulsa District Attorney Steven Kunzweiller Prosecute the Tulsa cop that Gunned Down Terence Crutcher. Within hours of the shooting the L.A. Urban Policy Roundtable launched the petition and immediately notified Kunzweiller of the demand for prosecution. He heard you and us.

"This is proof that proactive, citizen's advocacy does work and does get results,' says Los Angeles Urban Policy Roundtable President Earl Ofari Hutchinson.

The L.A. Urban Policy Roundtable on Friday, September 23  will publicly unveil a new, innovative and effective proposal for curbing police misconduct that involves rank and file officers themselves.