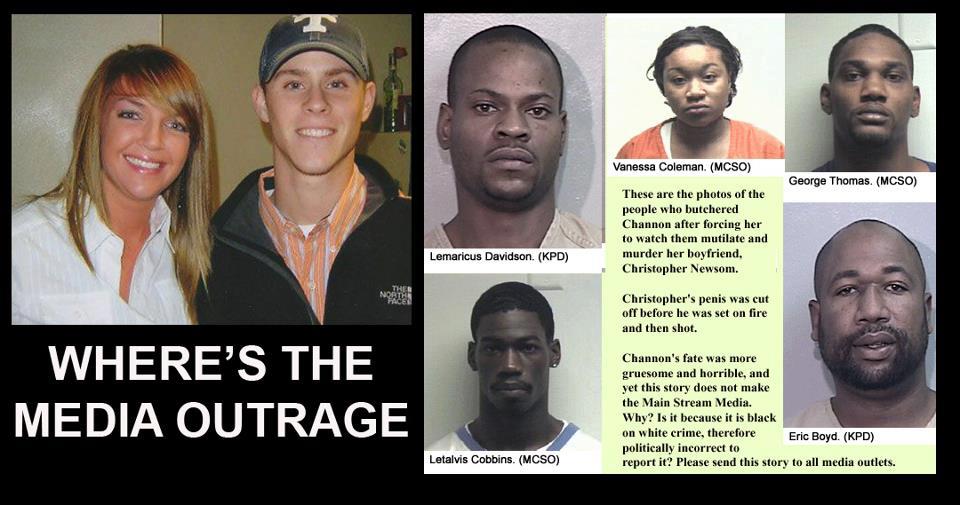 The predictable happened as soon as the race of the three teens charged in the Oklahoma slaying of Christopher Lane, a young white Australian baseball player was known. Two are black.  The cry immediately went up yet again that whites are in dire peril from being victimized, and likely murdered by young blacks.  There is not a shred of evidence or even the hint that Lane’s murder was racially motivated. The teens themselves could only say that they killed him because they were “bored” and that he happened to be an accessible and convenient target. This in no way minimizes the horror and tragedy of their alleged act, and prosecutors wasted no time in filing charges against them as adults. Oklahoma is a tough death penalty state, and it’s almost certain that the death penalty will loom large in consideration against the two black teens that are charged with first degree murder in the killing, their age notwithstanding.

Meanwhile, the FBI’s annual figures on homicide rates in America repeatedly show that of the thousands of murders in the nation annually only a minuscule number of whites are killed by blacks. The plain fact is that whites are likely to be murdered by other whites, and blacks by other blacks. Yet, it’s because interracial murder, more specifically black on white murder, is so rare that it lends itself to fear, sensationalism, and hysteria. The clamor even extends to the press. It’s now become a ritual for right wing bloggers, and talk show hosts, to brow beat the national media for supposedly clamping a wall of silence on black on white murder cases because it fears inflaming racial tensions, and is scared stiff that it will be called racist for talking up black on white crimes. Yet when whites assault or murder blacks the press and civil rights leaders supposedly leap over each other to blare it out as headline news. This supposedly proves that the national press is somehow in collusion with civil rights leaders to cover up the alleged epidemic of black on white murders.

This is a false, self-serving, and cheap ploy to knock the press and civil rights leaders. Yet, the horrific murder of Lane does cast a troubling glare on an aspect of violent crime in America that isn't much talked about beyond race baiting digs at the media and civil rights leaders. And that's the reasons that blacks do kill whites. Even though the numbers are small, a higher proportion of whites are likely to be killed by blacks than whites killing blacks. As in the Oklahoma slaying, there is no evidence that the murders are racially motivated, whites are targeted because they are perceived to have valuables in the home, cash, a luxury car, or other conspicuous objects of value that criminals seek out and that poor blacks aren’t likely to have. In other words, these crimes are almost all cases of garden-variety street crime. The alleged Oklahoma teen shooters prove that point. There is no talk about getting whites in their Facebook page rants, but rather an exulting of the pseudo tough guy, gangster life style.

Prosecutors in trying to determine whether to prosecute an interracial murder or attack as a hate crime or not have to figure out is their racial animus in the crime. For it to be a hate crime they have to prove that a black intentionally targeted a white victim solely because of their color. That's takes hard evidence of racial taunts, threats, writings, or statements by the perpetrator to prove race was the motivating factor in the attack. In the absence of that evidence, the charge that the attack was a hate crime won't fly.

The suggestion that the national press engages in a cover-up to quash murders committed by blacks of whites because it's afraid to offend blacks is just as absurd. The better explanation is that crime news is so routine that unless the accused murderer is O.J. Simpson, Phil Spector, or Robert Blake or a name celebrity, or that in the case of the alleged killers in Oklahoma they are teens, and the explanation they give why they killed is so jaw dropping and senseless that it alone insures that it will become a leading news story.

Still, black-on-white violence anywhere stirs fear among some whites that crime-prone blacks are out to get them, and they'll seize any opportunity they get to commit violence against them. When blacks say or do nothing about these attacks it is taken by some as a tacit signal that blacks put less value on white lives than black lives. This is ridiculous. But that won’t stop some from still screaming loudly that the murder of Lane proves there's a double standard in interracial murder cases. There’s nothing of the sort but his heartbreaking murder unfortunately will just reinforce that belief.

Earl Ofari Hutchinson is an author and political analyst. He is a frequent MSNBC contributor. He is an associate editor of New America Media. He is a weekly co-host of the Al Sharpton Show on American Urban Radio Network. He is the host of the weekly Hutchinson Report on KTYM 1460 AM Radio Los Angeles and KPFK-Radio and the Pacifica Network.