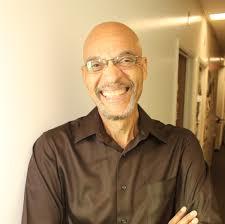 In 1927, one of California’s hot go-go real estate developers and entrepreneurs, Walter Leimert, had a brainstorm. He would buy land, parcel out tracts, and oversee the home building craze in a new subdivision to be called Leimert Park. Leimert had earlier developed home and commercial building projects in Northern California. He would use the same model in his new Leimert Park subdivision.

The model for his success in the other developments, and now Leimert Park, rested on two simple ideas. One was to make the area, an upscale, toney, garden spot for home buyers. The other was to make sure those buyers, were white. The “whites only” Leimert Park that Leimert envisioned and would back up with the force of law, public policy, and solid white homeowner support for nearly three decades was not just a momentary, or a racially restrictive ownership characteristic of those times. For Walter Leimert, his Leimert Park, would be for white’s only forever. He made that clear in a big, bold, brazen, open letter in the very first sentence, “I am bringing to Los Angeles the Community Association Plan of protective restrictions -- new here, but well established throughout the Lakeshore Highlands property in Oakland and Piedmont. And in just in case, someone didn’t get the point, Leimert punctuated the open letter imposing his “whites only” ownership policy with the last three words stating in caps, FOR ALL TIME.”

For the next two decades Leimert’s dream of a white’s only middle-class, home owner’s enclave in the center of Los Angeles was literally written in legal stone with his racially restrictive covenants firmly written into every deed. The white only barrier was so unyielding that black entertainers, athletes, and businesspersons, no matter how wealthy, knew that buying a home in Lemert Park was off-limits to them.

In 1948, the Supreme Court finally declared that Leimert’s, and other white developer’s, racially restrictive covenants were not enforceable. However, a high court ruling was one thing, enforcing it was another. For nearly a decade after the court ruling, Leimert Park remained almost exclusively a whites only area. White homeowners used a myriad of subterfuges and dodges to ensure that no blacks bought homes in Leimert. However, the first trickle of black home buyers began in the mid-1950s. By the 1960s, white flight was in full stampede mode. Leimert Park, then, as other previously all-white neighborhoods in other cities, quickly turned from all-white to mostly black.

But even as Leimert changed color, many of the black homeowners still noted that the racially restrictive covenants that Leimert had imposed for decades still were in their property deeds. They weren’t enforceable. But they were still there. Some took this as simply a reminder of a hideous by-gone past in which blacks were deliberately and legally kept out of Leimert Park while being walled into the oldest, most dilapidated, and worst kept areas of South Los Angeles with the highest unemployment, lousy public services and miserably, underserved failing public schools.

They were wrong. Leimert’s racially restrictive covenants in Leimert Park were anything but a product of a far gone past. They are the foundation of a very real, and very present, racially engineered and subtly maintained home crisis of today. Repeated studies have found that L.A. is still one of the nation’s most racially segregated cities. With a big largely black and Hispanic, Central and South part of the city ringed by upscale white middle-class neighborhoods. The deeds on the homes in these areas do not, and can’t, have any racial restrictions on their sale, However, they don’t need them. Price, neighbor attitudes, and location, do the trick of insuring that the neighborhoods stay all or mostly white. This in effect accomplishes Walter Leimert’s vision in his open letter announcing racially restrictive covenants, “By this plan of restrictions the control of the property comes into the hands of the property owners themselves when the sub-divider steps out; and they can and do maintain the beautiful appearance of the property, both from an architectural and a landscaping point of view...”

The call to rename Leimert Park Plaza in honor of a Los Angeles civil rights historical or prominent African-American notable such as Claude Hudson or famed Black architect Paul R. Williams can’t be separated from the battle to scrub the names of Confederates and others off monuments and public places who propagated racial hate, bigotry, and division. In Leimert’s case, his legacy is the legacy of building and maintaining whites only housing that still trap thousands of Blacks in poor, grossly underserved, still rigidly racial segregated neighborhoods in L.A. today. And in insuring that neighborhoods that were formerly white and middle class are quickly re-segregated when blacks in substantial numbers move in.

The ultimate insult is that the area that he created and did all he could for decades to keep Blacks out of carries his name. This is the supremely enduring tribute to his very successful fight to institutionalize racial segregation. This is why it’s past time to take his name off the area’s centerpiece, Leimert Park Plaza.