Judge Persky is No Aberration when it comes to Sentencing 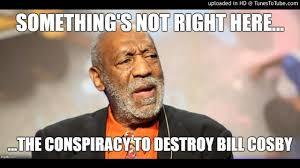 Santa Clara County Judge Aaron Persky’s velvet glove sentence of 6 months, of which he’ll serve only three months, to former Stanford swimmer Brock Turner after his rape conviction was no aberration. The case of Brian Banks, falsely convicted or rape, and who served five years, before exoneration, was quickly cited in contrast to that of Turner. Banks, like Turner, was a star high school athlete with a promising college career ahead. But unlike Turner, Banks is African-American. In both cases, their sentences were ultimately a judge’s call. The power of a judge to show mercy or throw the book at a defendant is well-documented. However, far murkier and ambiguous is just how much the racial attitudes and views of judges color their sentencing decisions.

Two university researchers in 2012 tested just how racial bias determines whether a judge such as Persky will slap a long prison stretch on a defendant such as Banks or give a defendant such as Turner the kid glove treatment. The researchers were careful to control for similarities of the crimes, and backgrounds of the defendants, the quality of their attorneys, the attitudes of the defendants, and most importantly the prior criminal history of the defendants. This is crucial because one of the counter arguments to the charge of the racial double standard in sentencing for whites and blacks is that blacks are more likely to have a longer rap sheet than whites, and judges must take that into consideration.

They examined cases based on the randomness in which judges are assigned cases to assure that there was a large enough sample of cases. This meant that on average that judges would get the same types of cases with the same mix of defendants and crimes. The study found that judges in most cases were far more likely to give a black defendant a harsher sentence than a white defendant. This markedly increased both the incarceration rate for blacks and the length of their sentence.

There’s another reason why judges are more prone to give hand slap sentences to a Turner while throwing the book at a Banks. It comes down to how a judge sees a defendant even before he or she becomes a defendant. Judges are human and susceptible to the same biases, prejudices, and swallowing of stereotypes as anyone else. Countless tests of implicit racial bias have shown that many whites view blacks as more threatening, menacing and crime prone than whites. The implicit bias is there even when judges to all appearances make every effort to appear fair and unbiased toward a defendant. But yet there are many points during the process that it can come in. Judges make decisions on bail, pretrial motions, evidentiary issues, witness credibility, and jury selection, and instructions to the jury. Judges also can and do weigh the status of the defendant in the community, and the support that he or she gets from outsiders such as parents. Turner’s father’s pleading letter to Persky was a prime example of how a white, upstanding, middle-class family’s plea for leniency can make a big difference to a judge who does not view a defendant as an inherent threat based on the judge’s bias. A judge’s willingness to bend over backwards toward a defendant or to be tough is deeply influenced by prosecutors. Studies have found that they are more likely to charge blacks with crimes that carry minimum sentences and give the judge little or no room to exercise their discretion in sentencing. This didn’t happen with Turner. Persky was not required to impose a mandatory minimum sentence that would have almost certainly amounted to real time in a prison. Both the prosecutor and Turner’s attorney were careful not to harshly lambaste Persky for this.

There’s yet one more factor that reinforces judicial bias in sentencing and that’s how jurors deal with their implicit racial biases. Two Penn State University studies on racial perceptions and stereotypes, one in 2003 and a follow-up study in 2008, found that many whites are likely to associate pictures of blacks with violent crimes, and in some cases where crimes were not committed by blacks they misidentified the perpetrator as an African-American. This reinforces the perception that a white defendant would be far less likely to commit a violent crime than a black defendant.

Turner’s defense was that he was drunk and that he did not really sexually assault the victim. But this implied that there was some consent. The jury didn’t buy it. But it still left enough of an impression that he was not totally culpable for his act. By contrast, Banks got nowhere with his contention of innocence, and that any sexual contact was consensual. By all accounts, Persky is a fair, even a tough judge, especially on sexual crimes, and there’s no evidence of any racial bias in his sentencing in prior cases. Yet his sentence to Turner exhibited the worst kind of bias, and that, sadly, is no aberration.

Earl Ofari Hutchinson is an author and political analyst. His latest book is Trump and the GOP: Race Baiting to the White House (Amazon Kindle) He is an associate editor of New America Media. He is a weekly co-host of the Al Sharpton Show on Radio One. He is the host of the weekly Hutchinson Report on KPFK 90.7 FM Los Angeles and the Pacifica Network.

and let's not forget that Persky is a Stanford graduate!