Much Ado about Nothing on Obama’s White Guy Appointees 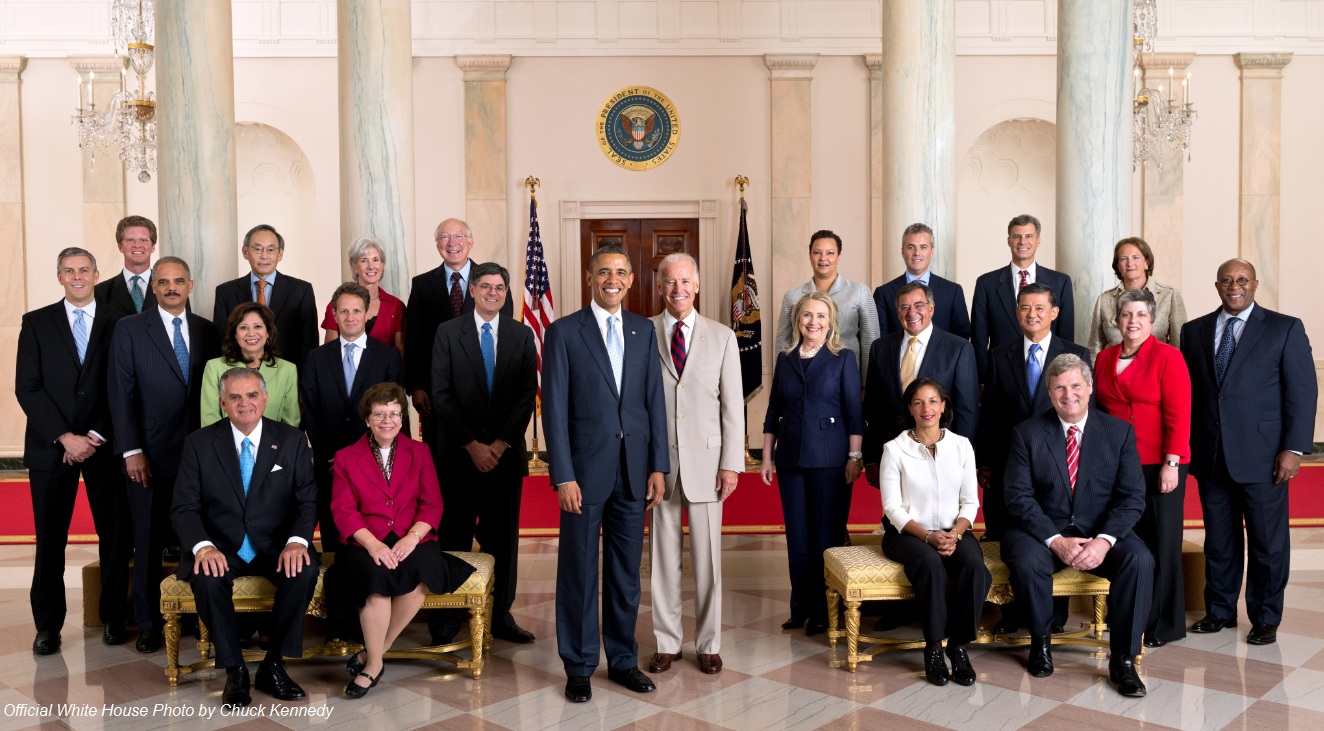 Politics made for strange bedfellows in those taking swipes at President Obama’s white guy appointees. Staunch GOP conservative Mike Huckabee took the first hard whack. He screamed that Obama was a hypocrite on diversity in that he used the issue of the war on women during the presidential campaign to pound the GOP and then turned around and stacked his cabinet with white males. The swing then went over the political spectrum to Harlem Democratic congressman Charles Rangel who called the president’s diversity record,  “embarrassing.”

Here are the problems with the criticism. One is Obama’s actual record on diversity. It’s easy to cherry pick a picture of his four prominent white male nominees, Secretary of State John Kerry, Treasury Secretary Jack Lew, CIA Director John Brennan and Defense Secretary Chuck Hagel as a score of prominent national newspapers did and finger this as the supposed proof that Obama has a chronic penchant for plopping white men in high and any other places in his administration. The raw numbers and the ground breaking spots that he has appointed minorities and women to tell a far different tale. More than forty percent of his appointees to sub cabinet positions have been women and a significant percent of them have been minority women.

One area of appointments has flown far on the radar scope but has been tantamount to a quiet revolution has been the federal courts, and not just his appointment of two high profile women appointees to the Supreme Court. An unprecedented seven out of his ten appointees to the federal judiciary have been minorities or women or both. This is double the percent of women and minorities appointed by Clinton, and a major bump up over the number of appointees by George W. Bush. His appointments to the judiciary are equal to and in some cases more important than cabinet picks. These justices are lifetime appointments and their rulings and opinions will profoundly impact law and public policy for decades to come.

Another problem is simply singling out Obama’s top gun cabinet picks to snipe at him for allegedly fumbling the ball on diversity. For decades, GOP and Democratic presidents made a few high profile picks of blacks and later Latinos and women to high visibility cabinet or administrative posts, and then stacked their appointees at the sub cabinet, agency and administrative level with white males. The media and the public generally took no note of that and that is exactly the way it was intended. But these agency heads and administrators handle the nuts and bolts of government operations from hiring to spending, and program development and implementation. Their tenures in these positions often far out ran the tenure of the president that appointed them. But because they were largely nameless and faceless they got very little attention. Obama’s appointments to the judiciary are a near textbook example of that. Few can name any of them.

The other problem is that the issue of diversity suddenly became a hot issue again solely because of Obama. The feeling is that he has a special duty and obligation to as an African-American president to stack his administration deck with high profile minority or women and if he doesn’t do that he’s somehow betrayed affirmative action. But Obama as other presidents pick those for top positions who do not have to start at the rear of the learning curve and have the expertise and credentials to hit the ground running in handling touchy policy decisions. This standard would and should apply to a minority or woman that he picked to a key cabinet or administrative position.

Because he’s an African-American who’s still under more intense scrutiny from the GOP than any other president in modern times, he has almost no margin of error in how his appointees at the highest and any other level conduct the administration’s business. The history of presidential appointments is littered with picks that have proven disastrous. The blame for that always falls on the man that appointed them, and that’s the president. This is all the more reason why presidents are doubly careful to make sure that they get it right the first time in their top appointees.

The implicit and mistaken assumption of the critics is that Obama’s pick of white guys to some top posts will remain the standard for his appointments as he fills out his cabinet and other positions. There will be many more shuffles in administration posts in the next few months. And it will be important to keep a watchful eye on just who Obama picks and for what. But it’s also just as important to keep watch on the appointees that he’s made that don’t make the front page of newspapers. Judging from his first go round in the White House as many of those appointees don’t look like white males as do. This makes the current squeal about his alleged betrayal of diversity much ado about nothing.