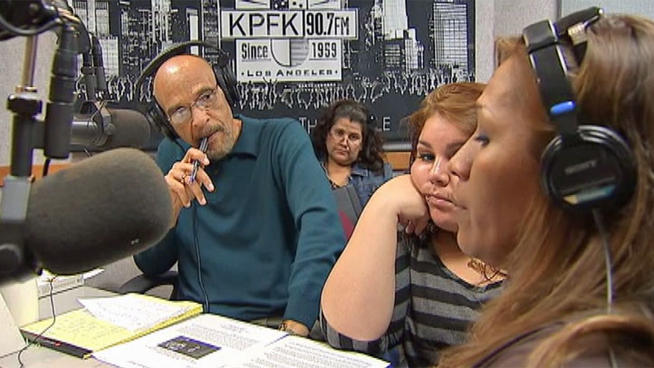 Mothers of 2 Men Facing Hate Crimes Charges Speak Out About Race Relations on The Hutchinson Report on Pacifica Radio
The mothers of two Latino men accused of trying to push African-Americans out of the community say Latinos are the real victims.

The mothers of two men accused of hate-crime attacks in Compton said their sons were innocent and denied reports of racial tension in the city. Michelle Valles reports for the NBC4 News at 6 p.m. on Feb 16, 2013

The mothers of two men facing federal hate crimes charges told radio listeners Saturday their sons are innocent, playing down reports of racial conflicts in Compton between Latinos and African-Americans.

The women appeared with other Compton residents on "The Hutchinson Report" on KPFK Pacifica Radio, a program hosted by commentator and critic Earl Ofari Hutchinson, who often focuses on race relations and social justice issues.

The men who face federal charges are accused of intimidating and trying to force African-Americans to leave the portion of Compton that the Compton 155 gang claims as their territory.