Can a Non-European Pope Really Heal the Church? 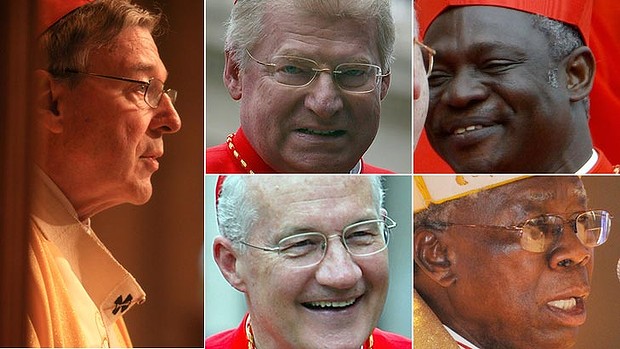 Following the death of Pope John Paul II in 2005, former South African Anglican Archbishop Desmond Tutu very loudly and very publicly demanded that John Paul’s successor be an African or Latin American. There was little chance of that happening at the time. The mounting sexual scandal, the tons of lawsuits that bedevil the church and the public erosion in benevolent attitudes toward Catholicism had not yet kicked into high public gear. There was really no reason for the 120 men that ultimately have the final say so over who would then have been the 265th Pontiff to pick anyone other than another European to fill the top Catholic spot.  This time when it comes to tapping the 266th Pontiff things might be different.

Two-thirds of the world’s 1 billion plus Catholics live in developing nations. There are more than 100 million Catholics in Africa and an estimated 200 million or more black Catholics worldwide. The number of Catholics in the non-white world has soared in the past decade. The number of nominal and practicing Catholics doesn’t tell the whole story of a church that’s undergone a radical shift in the ethnic and regional demographic the past few decades.

The church is fiercely challenged in what were once rock solid Catholic countries by a ferocious, and proselytizing evangelical movement and spirit that flatly rejects the dogma, teaching and practices of Catholicism. It’s now a numbers game which translates out to money and power, or loss thereof, that has dogged the church and proved worrisome.  John Paul II recognized that the single biggest challenge facing the church was to the potential millions of Catholics who could be lost to Islam and the evangelicals, and other faiths in non-white countries, and spent countless time globetrotting to these countries to try and shore up the flock. Benedict XVI tried to do the same, but as was increasingly apparent was physically not up to the demanding task.

But that’s only one of the two towering dilemmas confronting the church, and that the next pope will have to deal with. The Catholic Church is now very publicly wracked by ideological, theological and philosophical battles over the issues of abortion, gay marriage, women in the priesthood and celibacy. It has seen a huge free-fall in the number of priests and nuns, has shelled out millions to settle priest-child sex scandals, and will spend even millions more on future settlements.

The church simply can’t stand pat on entrenched dogma and past practices. It will have to change those practices, its approach to non-white Catholics. That opens the door wide for a real change in the face of the man who is the titular boss of the church.

The names of well-connected and respected African and Latin American cardinals have been frequently bandied about as having the right stuff to head the church. That doesn’t mean that Catholic Church leaders will take the bold step of naming one of them to the top spot. There has never been a Latin American pope, and the last African pope was 15 centuries back. But the top non-European contenders bring the unique assets that the church desperately needs to staunch fierce competition from other religious faiths in developing nations.

These men can bridge the Muslim and Christian divide, make battling poverty, the inter-ethnic and religious violence, and the damaging economic side effects of rampaging globalization big priorities, and place strong emphasis on social and economic reforms in poor countries. They have written and spoken extensively on these problems that can make or break the church in the next decade in Asia, Africa and Latin America.

The political jockeying to fill the papal vestments of Benedict will be fierce. In 1978, it took two days and eight ballots to put John Paul in the papal chair. Then the European cardinals still solidly held the dominant papal cards in the balloting, with the overwhelming majority of papal electors.  They still do. But the number of electors from Asia, Africa, and Latin America has inched up. But even more crucial, there are several strong credentialed African, Asian and Latin American candidates who could fill the top spot.

The bigger question though is would simply changing the ethnic face of the man at the Vatican’s top really make much difference in how the church deals with reform, repairing its badly tattered image, and transform itself into a church that can park itself in the 21st Century and not the 11th Century. Simply changing the color of the Pope without seriously tackling reform would cancel out the right signal it sent in recognizing the importance of non-European Catholics. In that case, a non-European Pope would not heal an ailing church, but merely continue its ailment.