NAACP President Ben Jealous called Mississippi governor Haley Barbour “a shining example “of a governor following his approving the release of Jamie and Gladys Scott. The two sisters sentenced to life imprisonment and jailed since 1994 for an $11 armed robbery have been the focus of an intense and long term campaign by Jealous and the NAACP for their release. The sisters .............. 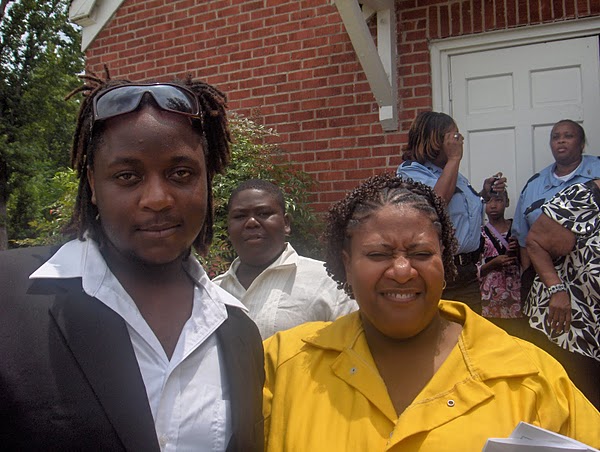 NAACP President Ben Jealous called Mississippi governor Haley Barbour “a shining example “of a governor following his approving the release of Jamie and Gladys Scott. The two sisters sentenced to life imprisonment and jailed since 1994 for an $11 armed robbery have been the focus of an intense and long term campaign by Jealous and the NAACP for their release. The sisters repeatedly declared their innocence. The praise from Jealous of Barbour as a “shining example” was nearly as stunning as Barbour’s action. Despite the national campaign for their release and a barrage of public appeals to Barbour for clemency for the sisters, the governor had given no indication that mercy for them was the in the cards.

The likelihood of Barbour showing mercy seemed even remote given the fire that he has drawn in recent months for foot-in-the mouth gaffes that praised Confederate History Month, the racist white Citizen’s Councils as good red blooded patriots and citizens that did the right thing to aid integration, and his downplay of any racial conflict in Mississippi during the turbulent 1960s. Haley back-pedaled fast on his Citizen’s Council tout, and blasted them for their defense of segregation, clammed up on lauding Confederate History Month, and praised the effort of Martin Luther King, Jr. and the civil rights movement for their role in smashing segregation in the state. The release of the Gladys sister fit in with the new script that Barbour is obviously rewriting for himself and the GOP.

There are compelling reasons for his seeming about face. Barbour sniffs the presidency. The GOP field is wide open in 2012 and the candidate with the name, position, money, and most importantly political base has a huge leg up on the GOP pack. Barbour has all of the above. As one time Republican National Committee Chairman and current Republican Governors Association Chairman he’s raised tons of money for GOP candidates.  He’s got name identification, and is a force in regional politics in the South, the white GOP South that is. The region is still a huge trump card for any GOP aspirant to the White House. It’s been the spark to reignite the GOP's traditional conservative, lower income white male loyalists, and increasingly white female supporter. The 2008 presidential vote was ample proof of that. While Democratic presidential candidate Obama made a major breakthrough in winning a significant percent of votes from white independents and young white voters, contrary to popular perception, GOP presidential opponent John McCain (not Obama) won a slim majority of their vote in the final tally. Overall, Obama garnered slightly more than 40 percent of the white male vote. Among Southern and Heartland America white male voters, Obama made almost no impact. Overall McCain garnered nearly 60 percent of the white vote.

But an overreliance by the GOP and too narrow a regional appeal on the South is also fraught with political peril. The South, Barbour’s comments and the putdown of Kentucky Senator Rand Paul on civil rights laws and Virginia Governor Bob McDonnell in his unrepentant praise of Confederate History Month still type the white South as a region that’s still chock full of unreconstructed racists and religious and social bigots. During the past decade a parade of Republican state and local officials, conservative talk show jocks and even some Republican top officials have made foot-in-the-mouth racist cracks. Their response when called on the carpet has always been the same. They make a duck-and-dodge denial, claim that they were misquoted or issue a weak, halfhearted apology. And each time, the response from top Republicans is either silence, or, if the firestorm is great enough, to give the offender a much-delayed, mild verbal hand-slap.

That history both past and present can do more harm than good to a Barbour presidential candidacy. But it also can do just as much damage to the GOP’s chances of bagging the White House. A near solid GOP South is not enough to tip the White House to the GOP any longer. Obama’s competitive 50 state strategy (thanks to Howard Dean) and his rev up of black, Hispanic, Asian, and young voters more than offset the white, male conservative Southern anchor vote for the GOP in 2008.

Barbour’s release  of the Scott sisters though layered with conditions such as one sister must donate a kidney to the other sister who requires daily dialysis must be placed in that light. The case was the perfect storm of race, gender, politics, medical compassion, and a racially skewered criminal justice system that came together to cry out for redress. Barbour deserves credit for taking the step to right a colossal legal wrong. But taking that step can’t absolve Barbour, the GOP and the white South of its ugly racial history; a history that is certainly no shining example of racial justice and fairness.